Hit and Run, PASS, Book One

Returning home to Grand Junction would not have been Rosie Perkins’ first choice, but with her mother no longer able to take care of herself, it’s the only one she has. As is working the night shift at a local hotel to bring in a much-needed income.

Rosie juggles to keep all the pieces of her life together and has no room to add anything more. One morning after a long shift, when she witnesses a hotel guest crash into a dumpster, her careful control starts to unravel.

Security specialist, Jake Hutchinson, has his hands full protecting the arrogant lead actor of a movie being filmed in town. Since the production company and crew arrived at the hotel, the entitled star has been nothing but trouble.

The only thing that can improve his mood is the occasional nightly glimpse of the redheaded housekeeper.

Until he finds himself trapped between desire and duty. 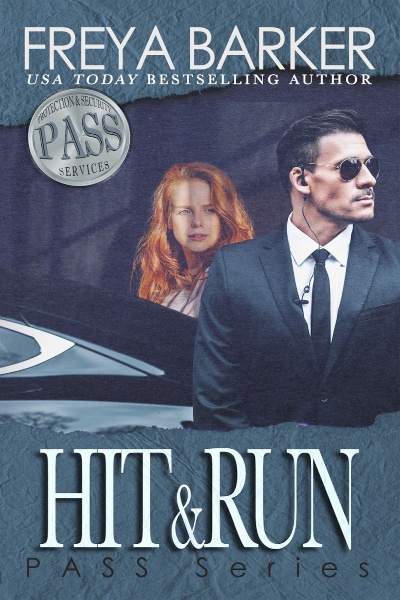