Slim to None, Cedar Tree, Book One

Since moving to beautiful Cedar Tree, Colorado Emma Young, mother of one adult daughter, has worked from home doing some online bookkeeping and baking for her best friend’s diner to supplement her disability pension. Life has been pretty good, that is until she received a strange phone call that starts an alarming chain of events.

Investigator Gus Flemming is hot on the trail of a bail skip with organized crime connections that bring him to Cedar Tree. Once there, the focus of his investigation lands squarely on the gently rounded shoulders of a vivacious red haired Emma, whose physical limitations have done nothing to dampen her zest for life.

When it becomes clear that Emma is at risk, Gus does’t hesitate to step in and protect her. Call it a job with some very hot benefits…… 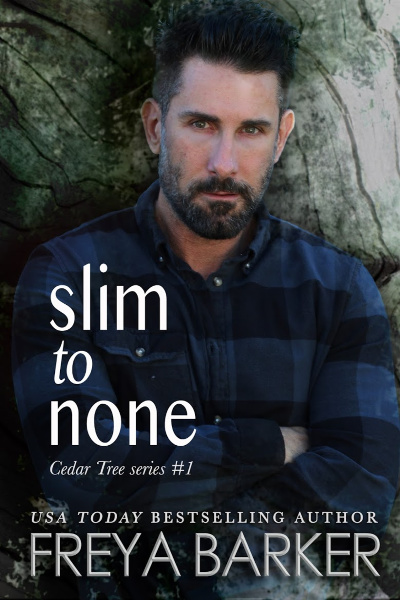