Against Me, Cedar Tree, Book Two

Arlene Bowers is as tough as nails…

She has survived a less than perfect marriage, managing to move past it to run her own diner. Her abrasive exterior has always been a way for her to hide behind the darkness and pain that she has endured, but a recent, violent attack and several disturbing phone calls have that tight hold on her emotions wavering.

Seb Griffin showed up in Cedar Tree eight months ago and was hired on at Arlene’s Diner as a cook. An ex-con with secrets of his own, Seb walks a fine line. Since he began working at the diner, he’s developed feelings for his fierce, stubborn boss, and the need to keep his distance from her, to protect her, is a daily struggle.

When it appears that Arlene’s past has come back, rearing its ugly head while her defenses are low, Seb steps up and claims responsibility for Arlene, praying that he can keep her safe from whatever is coming her way.

“You were nice.” He says with an eyebrow raised.

“So? I can be nice. Just cause I haven’t had a reason to before doesn’t mean I don’t know how.” And I immediately busy myself wiping down the counters… again.

“Uh huh…” Comes from right behind me before I feel arms sliding around my waist.

“I like you nice.” He mumbles with his face buried in my neck, which has my body on high alert and aching.

“Don’t get used to it.” I manage, but I can’t resist leaning back a little, feeling his hard chest behind me. One big hand slides up under my work shirt and his rough fingers skim my stomach. My instant reaction is to suck that baby right in, but he catches me.

Just the feeling of a man’s hands on me; this man’s hands on me, causes me to moan. It’s been so long since I have felt anything other than anger from a man’s hand. There is no anger in Seb’s touch, just a teasing gentleness that makes my wild side flare up and take notice.

When I feel his callused fingertips brush the underside of my breast, then slip under my bra, my breath hitches in anticipation. Damn I want his hands on me, his mouth on me. My nipples are so tight, they are almost painful, and when his touch finally finds them I can’t hold back anymore.

“Seb…” Reaching behind me I pull his head down and attack his mouth. My tongue eagerly finding entrance and tasting his. Hands tangling in his hair. I can feel his resistance waning and a greedy whimper escapes me.

He breaks the kiss, looks at me with eyes that are almost as black as midnight. Turns and lifts me up on the counter, initiating himself between my legs. Pulling at my knees so that my wet and aching center is lined up with what is a mouthwatering erection. Instinctively I wrap my legs around him, pressing him closer to my core. His hands now both under my shirt and working at releasing my bra. He shoves it out of the way along with my shirt and latches on to my breast while plumping the other with his hand. And I have lost all reason.

“So fucking tasty,” is all I can hear before he switches to the other side.

Eager to touch him, my hands trace his arms, shoulders and with my fingers I start pulling up his shirt, needing to touch his skin.

“Fuck!” Seb swears as he leans his head to my sternum, all movements stilled by the insistent ringing. He pulls my shirt down and half in a daze I reach over to grab the receiver off the hook.

“You think you can get away with that? You fucking whore! I’ll teach you…” 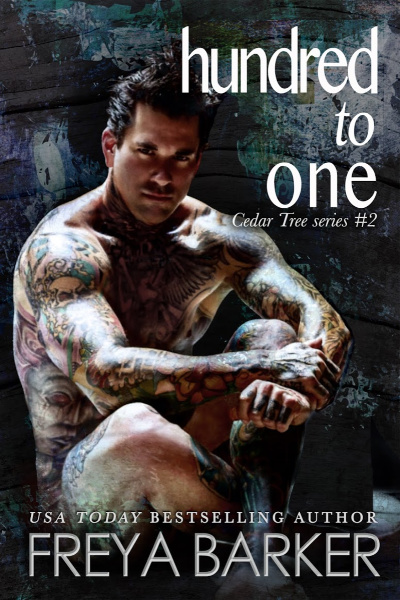