​Bookstore owner Kerry Emerson finally seems to be back in control of her life.

Her failure of a marriage firmly in her rearview mirror and her recent business expansion a success, she is in charge of her own future. One that is looking better than ever.
The sight of the tall man, with the familiar salt and pepper goatee pushing open the door of her store, sets her hair on end. He doesn’t exactly bring good memories.

FBI Special Agent in Charge Damian Gomez is just looking for a decent cup of coffee when he walks into the small store offering books and brew. The pretty, feisty woman behind the counter is an unexpected surprise. Not at all unpleasant, especially since her finger that used to hold a wedding ring is now bare.

But when his office is pulled into an international investigation into the trafficking of rare books and manuscripts, the straight-laced SAC realizes he has to keep his distance from the woman who might well be involved.

Easier said than done, since fate seems determined to throw them together.

My head whips around at the sound of a woman’s voice.

It’s been a long-ass morning already with meetings I would’ve loved to have avoided. Since being put in charge of the Durango field office, it seems I spend more time in meetings than working in the field. I swear each week there are new task forces put together, and I can barely keep up. I stepped out of the office for a much-needed break to find that the coffee shop around the corner had a sign plastered on the door stating they were closed due to a family emergency. Desperate for my caffeine fix, I kept walking and bumped into Kerry’s Korner: Books & Brew. Something about the name is familiar. I push the door, which opens with the ring of a bell, when I hear her voice.

She’s pretty. The woman behind the counter looks like a seventies flower child, with wild, dirty blonde hair, some kind of flowy top leaving her collarbones and a goodly amount of cleavage exposed, and a pixie face. Something about her is familiar, and it appears she knows me, too. Fuck if I can’t place her.

“Got me at a disadvantage, sweets,” I tell her with a shrug.

“You’re FBI,” she says, propping her hands on her nicely rounded hips. “I remember you.”

I look at her a little closer. Not a hardship, there’s a lot to check out. Those pale gray eyes trigger a memory. “You’re Kimeo’s girl,” I say, remembering the case a few years ago when I first saw her for the briefest of moments. A case long since put to rest, but not before this woman was snatched and roughed up before we got to her. We’d been called in by Gus Flemming, a friend of mine who owns an investigation and security company in Cedar Tree. Kimeo, the wife of one of Gus’s guys, found herself in the middle of shady land deals and this woman, her best friend, had been kidnapped to ensure her silence. I may not have remembered her name until I saw her standing behind the counter of Kerry’s Korner, but I sure as hell remember her. I also remember the wedding ring on her finger, which is why I didn’t bother looking twice at the time.

The hands resting on her hips no longer sport that wedding ring, just a large knuckle ring on the middle finger of her left hand as a sort of fuck you to the world. I bet she flips that bird easily, judging by the attitude she throws off. I like it.

“Kerry,” she says, almost as a challenge.

“Right. You look better now,” I tell her, making her snort loudly.

“No shit. I’d just been used as a punching bag when you found me and shoved me into the back of a van without a word.” Yup, most definitely a challenge. She doesn’t like me much, I deduct from the slightly distasteful look on her face.

“Was a little preoccupied with my investigation. Sorry if I didn’t take the time to make nice.” Fuck me, I sound like a dick. Something about her attitude grates on me, especially when she rolls her eyes dramatically before placing her hands on the counter in front of her and leaning over.

“Damian. Right?” She doesn’t wait for my confirmation before she continues, “Well, Damian, what brings you to my bookstore?”

“Coffee. Straight up,” I tell her without blinking. She turns her back without a word and starts fiddling with the expensive-looking machine on the sideboard, and I take the opportunity to check out her backside. “Double shot?” she asks over her shoulder, catching me ogling.

“Good guess.” I smile at her, which only earns me another eye roll. Attitude in spades, this one. As much as it irritates me, it somehow turns me on, too.

She’s late thirties, maybe forty, if I had to venture a guess from the lines around her eyes. She obviously laughs a lot—something I wouldn’t mind hearing. I have a feeling with that slightly raspy voice of hers, her laugh will sound even sexier. She’s not wearing a stitch of makeup from what I can tell and seems totally at ease in her skin. Not usually the kind of woman I find myself drawn to, but this one has an appeal all her own. Most women I end up with are well put together: stacked, sweet, and sultry. Just the way I like them. This one, though? This one is like the fucking girl next door. Fresh-faced, with a hippy vibe, barely enough tit to fill my hands, but an ass that should be framed, it’s that lush. Always considered myself a boob man, until I just got an eyeful of her backside.

While she doctors the elaborate coffee machine, I take the time to check out her shop. An older building, it has an old-fashioned facade with shallow bay windows, displaying an assortment of books, framing the door. Old wood floors that have been left bare to the wear and tear of foot traffic, resulting in a well-worn look more suited to an old saloon. Rows of rugged bookcases, jutting out from the back wall, with chalkboard display signs indicating the different genres. The counter is on one side in front of the window and on the opposite side, in front of the second bay window, is a small seating arrangement with an old, brown leather couch and two club chairs around a small, round coffee table. On the counter is a large, round, glass cake stand with pastries.

“Here you go. Anything else with that? A pastry to sweeten you up a bit or perhaps a book on appropriate social behavior? I have both.” I can’t stop the smirk tugging at my mouth. This one’s a handful, for sure. Too much of one. I pull out my wallet and slap a couple of dollar bills on the counter.

“Nah,” I drawl. “Not the kind of sweet I’m looking for, and as for the book, I’ll just wait until you get done with it. You’re probably due for a reread.” I snag my coffee off the counter, and with a wink, I saunter out the door, leaving her standing with her mouth hanging open and fire shooting from those pretty gray eyes. 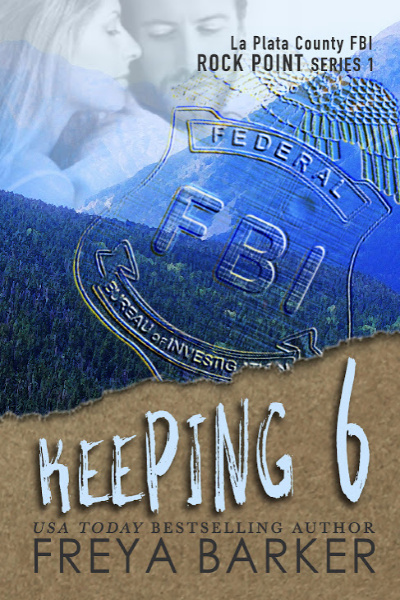